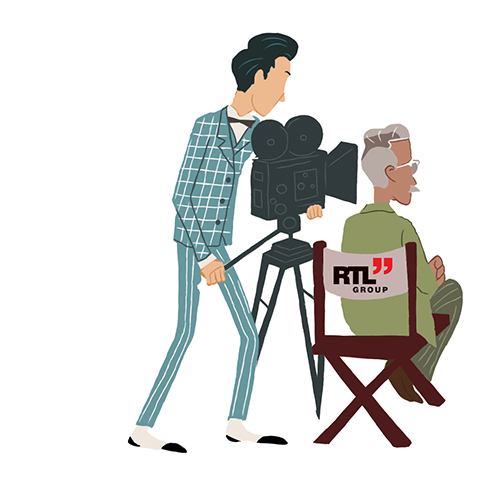 Media > Our products > Film Production Insurance
The filming and post-production stages of an advertising, television or cinema project are always times during which that project is exposed to significant risks. A sudden, unforeseeable event - even a minor one - can cause losses and unexpected delays, and even compromise the entire project.

The audio-visual world is constantly changing. New media are becoming fully integrated and are sometimes even a step ahead of traditional media. This convergence is a phenomenon that enables greater interaction with the various target audiences.

Internet, intranet, extranet, mobile and more: as the world of digital technology improves its performance, it plays a more substantial role in your business, so much so that being offline for any time is a significant issue. So it is not hard to imagine how detrimental the loss of or damage to your electronic equipment could be.

Illness, injuries, or even cases of death as well as theft, vandalism, hacking and fire: unfortunately the risks are very real.

Insured are damage, destruction and loss of cameras, light, sound technology, including stage, energy generators and any other technology introduced for production purposes, during transport and in use.

The carriers of images, sounds and data are insured during the entire production period and post-production, i.e. during production, processing, storage and transport, until the production is finished.

Insured are damages resulting from the interruption, delay or discontinuation of production if insured persons fall out due to accident, illness or death.

After damage to property, e.g. defect of the camera, a delay may occur until an appropriate replacement is delivered. The resulting additional costs will be reimbursed.

Buildings, costumes, animals, plants and more are insured against damage, destruction and loss during use and transport.

The means of payment in the event of burglary, theft/robbery or loss are insured.

Insured are claims related to legal liability for personal, material and financial damages suffered by third parties following the shooting in the event of a fault committed by the production.

Ask for a quote

to continueFind out more
This site uses cookies to communicate personalized information and offers to you.
By clicking on the 'Continue' button, you accept their use.